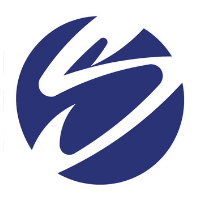 You can’t afford to ignore the changes happening around you in a world where artificial intelligence, deep learning and big data are no longer science fiction.

I’m an 80’s baby, and growing up I thought that the only place I’d ever get to see a robot was on the big screen. Boy, was I wrong. Fast forward 20 years, and I’m finding myself feeling like a fossil as I struggle to comprehend the magnitude of the digital revolution.

Disruption and innovation have become my favourite topic of research, because it’s become painfully clear that if I can’t keep up, the world will leave me behind. I’m very much an analogue girl lost in a digital world. That realisation has left me scrambling to remain relevant, and in order to do so, I’ve had to surrender everything I thought I knew about reality.

I recently did a major social media overhaul. I’ve had a Facebook account on and off since 2007, but I never really got into the social swing of things. I’m a bit of a foreigner to the language of hashtags, Snapchats and Tweets. However, as a marketer, I’ve found that having a strong presence on social media is no longer optional.

To quote Penquin’s Managing Director, Veronica Wainstein, “if you can’t find it online, it doesn’t exist”.

This was the beginning of my revelation that I needed to do something drastic - before the digital world chewed me up and spat me out. So, a little grudgingly, I recently made my grand entrance to the social landscape and signed up to Twitter, LinkedIn, Instagram and WordPress.

Last week I attended a presentation by a Barloworld Logistics Executive on supplychainforesight for 2017. I found myself completely enthralled with the concept of 3D printing and the predicted impact this innovation will have on our world. I understood what 3D printing was, however I had never really given much thought to the impact it would have on the supply chain and the knock-on effect this would have on people’s jobs.

“You’re either the disrupter or you’re going to be disrupted. What you can’t be is in denial anymore”. - unknown author

This really got me thinking.

The Barloworld Logistics supplychainforesight (SFC) 2017 looked at disruptive innovations and big data in relation to the South African business environment. When it comes to embracing these changes: “make friends with someone who’s between 18 and 25 - they understand disruption”. In order to survive change, we need to start finding ways to get excited about these disruptions.

Something that truly hit home during the presentation was that 95% of what is currently shipped could be 3D printed in the future.

The most surprising part of that statistic was not the statistic itself but rather the fact that the shipping industry isn’t too concerned about it. It’s just business as usual because it’s not a problem right now. This jogged my memory back to a case study on Kodak that I covered in one of my second year subjects. The case study documented the brand’s failure to embrace digital technology - which subsequently lead to Kodak’s downfall from being one of the world’s biggest names in photography to being practically obsolete. It’s a scary thought.

I see a similar debate happening around autonomous cars, as we ponder the future for drivers whose jobs could be threatened by cars thinking for themselves. Whilst this is a great step towards removing some of the danger and human error from the roads, what will it mean for the economy and the everyday man on the street?

Complacency in the face of change can have devastating effects, not just for a brands but for individuals. Society as a whole needs to begin the conversation around the moral ramifications of a post-work society, but this is a discussion for another post. In the South African context, the implications of a post-work society are huge - well beyond my current understanding of the topic at hand. Fazila Farouk, founder of the South African Civil Society Information Service (SACSIS), wrote an excellent article (Do we Have the Humanity to Take Care of Each Other in a Post-work Society?) for anyone looking to delve deeper into the moral considerations around automation.

So, how do you become comfortable with change?

The mere-exposure effect (or familiarity principle) is proof that human beings are naturally distrusting of change. This psychological phenomenon shows that people form preferences for things simply because they’re familiar. This is how we end up with things like brand loyalty - I’m personally an OMO (laundry detergent) customer because my mother is an OMO customer. Human beings thrive on predictability.

This being said, it’s understandable that change and uncertainty are two of the leading causes of stress.

Psych Central, an independent mental health social network, published an article on How to Get Comfortable With Change and Fear of the Unknown in Your Career in which they identified the following three ways you can begin easing into change.

What does your career look like in ten years? “Jobs have, and will continue to evolve but they won’t become obsolete”. - Darren Leishman, Spitfire Inbound MD

The presentation raised some very interesting questions, and since then I’ve found myself discussing the topics of artificial intelligence, automation and change at length with anyone who will listen. That’s how I found myself writing this piece, hoping to engage others in the conversation that has had me in a tailspin for the past week.

I’ll leave you with this final question: what’s disrupting your world?

If like the ostrich, you approach change with your head in the sand, you’re going to find yourself in the camp of the disrupted.

For more tips about marketing, you can subscribe to the Spitfire Inbound blog. Our team of inbound experts regularly update our blog with insider advice, tips and trends from the industry.

HubSpot Launches Operations Hub - A unified toolset for your business

Demystifying RevOps in a Changing world